The 2017 Tax Reform bill was signed into law on December 22, 2017. Under the previous tax rules, businesses were only allowed a 50% bonus depreciation deduction for new aircraft purchases. Now with the Reform, both factory-new and pre-owned aircraft are now eligible for a 100% bonus depreciation if placed into service after September 27, 2017 and before January 1, 2023 (January 1, 2024 for longer production period aircraft). After 2022, the bonus deprecation becomes 80%, phasing down 20% every year thereafter until 2026 (2027 for longer production period aircraft).

This change can result in huge tax saving for businesses in the coming years. It also makes buying pre-owned aircraft a lucrative alternative to buying new. As new aircraft prices have skyrocketed over the past decade, the Tax Reform gives opportunity for massive savings by simply purchasing older aircraft.

In this environment, it could be expected that pre-owned aircraft values will start rising, making 2018 the best time to acquire new aircraft.

Let SkyQuest International be your resource for your next aircraft purchase. Simply fill out the form below and we will contact you to help you take advantage of this great opportunity! 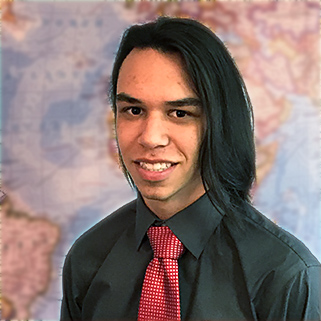 Matthew started with SkyQuest in 2016 and is responsible for maintaining and optimizing our customer database, data entry processes, coding and operating procedures… all while attending school to get a degree in programming. 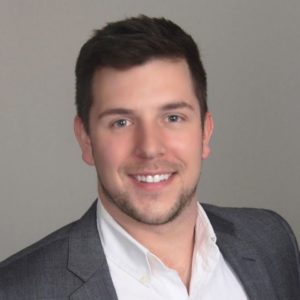 Brad began his real estate career in 2013 at the young age of 19. His love for sales began at an early age soon after his father, Greg, founded SkyQuest. An ever present influence, Brad soon found a passion for the art of sales and grew up knowing he would pursue a career the field. Brad also shares a passion for the freedom of flight and has long wanted to pursue an opportunity in aviation. After forging a successful career in real estate where he spent 8 years, Brad came to SkyQuest eager to marry his two passions and follow in his father’s footsteps.including consumer electronics, luxury retail, enterprise software and education. Greg founded SkyQuest International in 1999. He has been very active in aviation since the late 1970’s and in aircraft sales since the late 1980’s. Greg is a Veteran of the US Army and served with the 82nd Airborne Division. He graduated with Honors from Florida Tech and has a BS in Aviation Management. Greg is a Commercial Pilot with an ATP rating who loves to fly the company Bonanza and the Quest KODIAK. He maintains a very active role in marketing and sales as well as managing SkyQuest on a day to day basis. Tammy, Co-founder of SkyQuest International, LLC, has been in aviation since 1983. Tammy began her career with Piedmont Aviation as an Operations Clerk for the Fixed Base Operations and later as the Office Manager for Piedmont’s Flight Training Department. During her tenure with Piedmont she gained her private pilot’s license and was the FAA Written Text Examiner for pilots. Tammy developed SkyQuest’s proprietary database as well as the marketing and reporting applications. She handles all of the accounts payable/receivables along with human resource duties. Rick joined the SkyQuest team in early 2016 to manage SkyQuest International’s digital marketing and lead
generation programs. Rick brings over 25 years of online marketing, graphic design and technical experience
to the SkyQuest team from a variety of industries and markets including consumer electronics, luxury retail,
enterprise software and education. Jeff has over 30 years experience in commercial aviation and sales including his work with Piedmont Airlines, USAir and British Airways. Jeff joined SkyQuest as partner and Executive Vice President in 2000 and has a proven track record for success. Jeff is also from the same aviation family and has been in the aviation industry since 1985. His career began with Piedmont Aviation in reservations and ticketing. He was quickly promoted to District Sales in Cleveland, Ohio as a Sales Representative. From there he went to British Airways as a Cargo Customer Service Manager and then promoted to Cargo Account Manager in 1995 and promoted again to Regional Sales Manager the following year. Jeff attended the University of North Carolina and Cleveland State University majoring in Business Administration. Jeff is also a Senior Aircraft Appraiser having passed the 15-hour National USPAP Course taught by an ASB-certified National USPAP instructor and has been professionally appraising Aircraft for over 15 years.